Our heartfelt thanks to the RBWG Board of Directors who give of their time and talents to make the guild the vibrant organization it is today.

​Ethan Joella, President
Ethan Joella teaches English and psychology at University of Delaware and runs his own business that specializes in writing workshops and online course development and instruction. His work has appeared in River Teeth, The International Fiction Review, The MacGuffin, Rattle, Delaware Beach Life, The Collagist, Third Wednesday, and The Delmarva Review. His award winning chapbook Where Dads Go  was published by Finishing Line Press, and he has a new chapbook, A Prayer for Ducks, forthcoming from Red Bird Chapbooks.​

​Sarah Barnett, Vice President
Before retiring and discovering the joys of writing creatively, Sarah Barnett had careers as teacher, librarian and lawyer—a period she refers to as "killing herself by degrees. She enjoys leading Free Writes, teaching writing classes and composing essays and short fiction while walking her dog on the beach. Her work has appeared in Delaware Beach Life, Delmarva Review and other publications.

​Thomas Hoyer, Secretary
Thomas Hoyer, now retired, lives in Rehoboth Beach, Delaware. Previously he worked in policy-making positions for the Centers for Medicare & Medicaid Services (CMS) and its predecessor organizations. His experience includes both Medicare and Medicaid policy. Currently he is a Trustee of Delaware Hospice, a member of the National Advisory Council on Rural Health and Human Services, and Secretary of the Rehoboth Beach Writers Guild.  He received his BA and MA in English from Indiana University in 1968 and 1970 and his MBA from Loyola College in Baltimore in 1983.
​Paul Dyer, Treasurer
Paul Dyer has a degree in finance from American University. Paul has been active with RBWG since 2006 and has served as the treasurer (under protest) since 2007. Retired, Paul has continued to strive to avoid anything considered productive. Alas, despite sloth and lethargy, Paul has managed to finish two action-adventure novels: Down on B-Dock and B-Dock Blues, both available in some of your favorite venues. 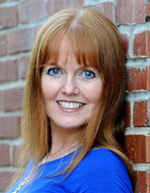 ​Anne Colwell
Anne Colwell, a poet and fiction writer, is an Associate Professor of English at the University of Delaware.  Her first book of poems, Believing Their Shadows, was published by Word Press in 2010. She has twice been nominated for a Pushcart Prize for poetry. In 2007, she received an Emerging Artist Award in Fiction from the Delaware State Arts Council.  Her chapbook, Father’s Occupation, Mother’s Maiden Name won the National Association of Press Women’s Award for Best Book of Verse. Her work has appeared in several journals, including: California Quarterly, Mudlark, Evansville Review, Eclectic Literary Forum, Southern Poetry Review, Stickman Review, Poetry Bay, and Octavo.  An online chapbook of her poems appears in The Alsop Review.  She received the Delaware State Arts Council’s Experience Artist in Poetry Award in 1999.  Her critical book, Inscrutable Houses: Metaphors of the Body in the Poems of Elizabeth Bishop, was published by the University of Alabama Press.  She lives in Milton, Delaware with her husband James Keegan and son, Thomas.

Meg Ellacott
Meg Ellacott, born and raised on Long Island, New York, spent most of her adult life in the Washington, D.C. area. Meg has published several articles in various trade magazines, crafted press releases, written promotional copy (for print and web) and written several magazine articles for animal rescue and other nonprofits. She has also helped promote and raise funds for the Rehoboth Beach Writers Guild. She has studied creative writing, non-fiction and memoir and published her first book Ultimate Betrayal, The Sex Abuse Case against Dr. Earl Bradley about a local tragedy in the Spring of 2013.  Meg lives in Rehoboth Beach, Delaware with her rescue golden retriever, Sophie, the main character in her next book, (working title: RESCUED.)  Meg is retired from her business, Ellacott Productions in trade show management and special event production. 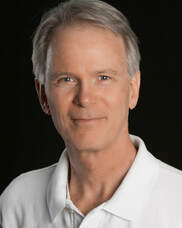 ​Terry Plowman
Terry Plowman is the founder, editor and publisher of Delaware Beach Life, a magazine focused on coastal Delaware’s culture and lifestyle. A longtime resident of coastal Delaware, Terry has worked as a journalist, editor, publications manager, and small-business owner. Terry served as editor of the Delaware Coast Press, a weekly newspaper based in the Rehoboth Beach, from 1993 to 1998. He then worked as a freelance editor and writer while making plans to launch Delaware Beach Life. In June 2002, the first issue of the magazine was published. Delaware Beach Life has won numerous awards for its its writing, editing, photography and design.
​From 1984 to 1993, he did occasional freelance photography and writing while running his Rehoboth Beach restaurant, The Front Page.
​Copyright © Rehoboth Beach Writers Guild