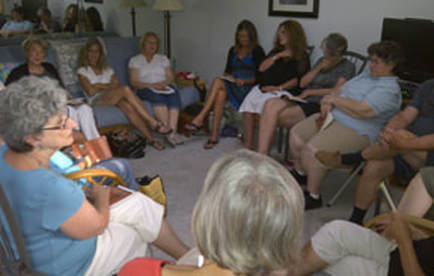 RBWG Book Club Selections
​Dec 2019 - Jun 2020
DECEMBER 12 (second Week) Virgil Wander by Leif Enger  (NOVEL)– So many novels depend on big drama to keep us turning the pages, and often when we are rooting for characters it’s because they are in trouble against something—and we want them to overcome that trouble. But in this novel, there is very little of that. The characters are good and kind (and quirky in wonderful ways), and their dreams and wants are so ordinary. Why, then, are we turning the pages? What are we waiting for? All I know is that I couldn’t wait to return to my reading of this book each night, I loved being in the world, I was rooting for these ordinary real peopIe. I only buy books I know I can read again and again and this is one of them. I’d love to explore in book club, not only the gorgeous writing at the level of sentence and paragraph, but what makes a “quiet” book like this work? As writers, too, I think that in writing books that are happier, filled with hope, a positive view of the world we run the risk of Hallmark sappiness and sentimentality and this book does not cross that line. Again, how? (Maribeth Fischer and Sarah Barnett)

JANUARY 16 Song of Solomon by Toni Morrison (NOVEL)– When I began rereading this novel I didn't expect to find a writing clinic in the first 100 pages—memorable characters with inventive names, character-revealing dialogue, creative use of lists a meditation on the color black, wonderful use of setting and of course, a bit of magical realism. Dark and funny, it's a coming-of-age-story, a family saga (yes, they're amazingly and creatively dysfunctional), a Black history lesson and much more. (Sarah Barnett)

FEBRUARY 20 Being Dead is No Excuse: The Official Southern Ladies Guide to Hosting the Perfect Funeral by Gayden Metcalfew and Charlotte Hays. Humor is difficult to write. I laughed so much at this book that I limited myself to a chapter a night before bed. Otherwise, I would have read it straight through, and I enjoyed going to sleep laughing every night while the book lasted. (Sharon Hoover)

MARCH 19 CANCELED; Will be rescheduled: Gilead, Marilynne Robinson (NOVEL) (2004, 247 pages): It doesn’t sound promising — a dying minister in 1950s Iowa writes a family history and personal memoir for his son — but Robinson’s placid, exquisite prose is moving, utterly original, and spiritual in the best sense. (Don Challenger) I second this selection. How does Robinson bring depth while telling a good story? (Sharon Hoover)

Bright Dead Things, Ada Limon (Poetry)
In Bright Dead Things, Ada Limon writes lyrical lines about her struggles with love, loss, and her own identity. Her confessional poems— full of vivid imagery, humor, and metaphor—made me feel connected to her in a way I haven't connected with a poet in a long time. These are emotional poems to share and to talk about with other writers. Limon writes both autobiographical and narrative poems in this collection, and includes the most amazing metaphors about death, but remains so accessible. It's hard to nail her down!

The Recovering, Leslie Jamison (NONFICTION) What I loved about this book was the blend of Jamison’s personal story with research into writers, who struggled as she does, with alcoholism. This is not a memoir, though, and it’s asking a much larger question about what stories we privilege. As a writer, Jamison is steeped in stories of all the great writers with their wild escapades—think Hemingway, Lowell, Raymond Carver, Jean Rhys—but how, she wants to know, do we tell the quieter stories?. Are the quieter stories worthwhile? For while the stories of alcoholic escapades become legend, get passed down (think Scott and Zelda), the story of sobriety is basically the same for everyone. In fact, part of recovering, is realizing your story IS NOT unique. What to do with this as a writer.  Aside from the subject matter, Jamison’s description, her blending of description and research, is stunning. This book does clock in at 450 pages, though....I say it’s worth it.   (Maribeth)

A Gentleman in Moscow by Amor Towles (NOVEL).  Set in post-revolution Russia, Count Alexander’s Rostov, a “Former Person,” is sentenced to life imprisonment in Moscow’s Metropol hotel.  The book is rich with colorful characters and amusing events; yet, the background of Stalin’s government provides deep contrast.  I was swept into the novel, charmed by the elegance and humanity of the Count and reminded of the cruelty of that time in Soviet Russia. The use of setting is worth studying—how can one set such a large book in a single place and get so much out of it and keep it continuously new? Towles  (Our Book Club read Rules of Civility by Towles in a previous year, and enjoyed Towles writing.(Lynn Judd)

Books We Have Read Since April 2009
NONFICTION
Inheritance by Dani Shapiro
Educated by Tara Westover.
Draw Your Weapons, Sarah Sentilles
Just Mercy, Bryan Stevenson.  (Rehoboth Reads chosen book)
The Empathy Exams, Leslie Jamison (creative nonfiction)
The Boys in the Boat, Daniel James Brown (August 2016)
I Could Tell you Stories: Sojourns in the Land of Memory.Before Night Falls, Patricia Hampl,
Winter Journal, Paul Auster
For the Time Being, Annie Dillard
She’s Not There, Jennifer Finley-Boylan
The Big Sea. Langston Hughes
Local Wonders, Ted Kooser
Bird by Bird, Anne Lamott
Everybody Was so Young: The Love Story of Gerald and Sara Murphy, Amanda Viall
The Suicide Index, Joan Wickersham
Four Seasons in Rome: On Twins, Insomnia, and the Biggest Funeral in the History of the World. Anthony Doerr
Wild. Cheryl Strayed
Let Me Finish, Richard Angell
In the Garden of the Beasts, Erik Larsen