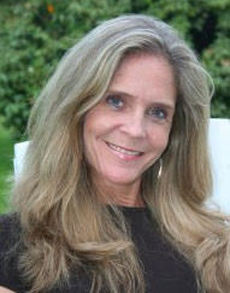 Maribeth Fischer, Executive Director
Maribeth Fischer founded the Rehoboth Beach Writers Guild “by happy accident.” Upon moving full-time, to Rehoboth Beach, she wanted to hold a writers conference that would raise money for a charity connected to Mitochondrial Disease, the genetic illness afflicting both her young nephews. The inaugural conference held on March 5, 2005, occurred just two days after seven-year-old Sam died of his disease. The event raised $15,000 and attracted over 100 writers, which told Maribeth that there was a need for a writers organization in the areas. And so “the guild” was born. There would be four more conferences, raising a total of $65,000, all of it donated to charity in her nephews names. Zachary, at age 15, died of the disease in 2008.

In addition to serving as executive director of “the guild,” as many now call it, Maribeth
is the author of two novels, The Language of Goodbye (Dutton 2001), and The Life You Longed For (Simon & Schuster, 2007), which was published in five countries. Since 2009, Fischer has received three Delaware Division of the Arts Fellowships for fiction and nonfiction. Most recently she was awarded a fellowship as an Established Writer in Creative Nonfiction for 2018. She has published essays in such journals as The Iowa Review, The Yale Review, Fourth Genre and Creative Nonfiction and has received two Pushcart Prizes for her essays: “Stillborn,” in 1994; and “The Fiction Writer,” in 2014.

Maribeth also teaches classes for the guild in both novel writing and creative nonfiction.